5 Korean Trends that Defined Our 2020

The last few months passed by in a flash while we are unable to travel and finally, it’s time for us to bid 2020 goodbye. Besides ontact events and K-Pop video calls with our idols becoming a norm, let’s take a look at some of the top Korean trends this year that shaped our unusual 2020.

The first thing that comes to our minds during the early days where we stayed home due to the COVID-19 outbreak is probably buying instant coffee and sugar, and whipping up your very own dalgona coffee at home.

Late last year and early on this year, Korean film “Parasite” took the world by storm and even bagged 4 Oscars awards. Besides all the relatable memes for this apocalyptic year, people were also trying to make chapaguri, an upgraded instant noodle dish which got viral from the movie.

Decorating your own K-Pop journals and polaroid photos of your idols with confetti, alphabet and cute character stickers are all the rage. (Even we caved in and spent hundreds of dollars on stickers and archive journals during the lockdown period)

And the DIY decoration does not stop here – besides diary decoration (다꾸) and polaroid decoration (polcos/ 폴꾸), K-Pop fans have expanded their creativity to decorating their K-Pop albums with the multiple copies they have, and even cutting up their albums to DIY K-Pop phone cases.

This stunning two-toned hair trend, made popular by BLACKPINK’s Jennie, made waves globally when she debuted the look during the group’s “How You Like That” comeback, and people started following suit by bleaching their bangs with streaks of blonde.

The viral game Among Us isn’t really a Korean trend since it’s popular worldwide, but K-Pop fans gave their own twist to the game, and even Korean celebrities jumped onto the bandwagon and played Among Us with their group members, friends and even with lucky fans who managed to join the room before it hit the maximum capacity of 10 players.

MONSTA X members playing Among Us with one another:


iKON’s Chanwoo playing Among Us with fans:


DAY6 Jae, GOT7 Mark and Bambam playing Among Us with friends:


Loco playing Among Us (for the first time) with popular Korean game streamers:

First to the deets? Share it to prove it...

You could have missed these out... 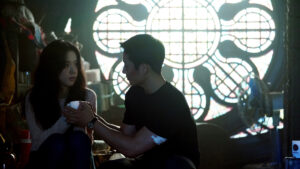 On A Snowdrop Date With You: Youngsoo Couple-Inspired Valentine Ideas 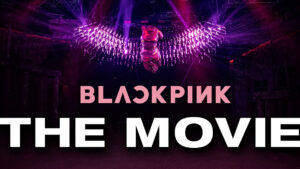 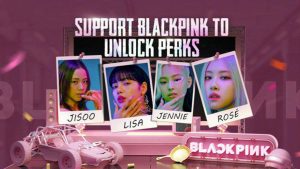 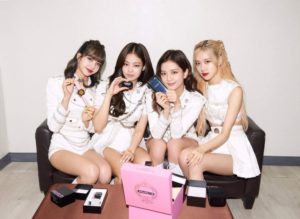 BLACKPINK does exclusive unboxing for Samsung Galaxy A80 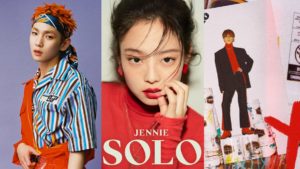 K-pop solos to look out for this November 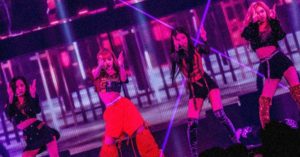