You dare not make many assumptions about this man or his music when you first meet his fans – Just about a cozy crowd of 200 tucked away in the Esplanade Annexe Studio, you would not assume that his songs are constantly a chart-topper in Korea’s music charts.

He is no stranger to the indie music scene. Even though it has been over 10 years into his career, it is the indie singer’s first public performance in Singapore. His collaboration with K-pop idols Chen from EXO, Orange Caramel and soloist IU quickly thrust him into the spotlight and onto the international stage.

He constantly mentioned that he put careful thought into curating the setlist, as he only wanted to bring his best songs to the fans. The 2-hour concert boasted a set of 10cm’s most famous hits and also plenty of crowd-teasers such as ‘Kingstar’ and ‘Beautiful’. He also pleased the crowd with familiar tunes of K-dramas such as ‘Goblin (도깨비)’ and more recently, ‘Hotel Del Luna (호텔 델루나)’ for the OSTs ‘My Eyes’ and ‘Lean On Me’.

He also mixed some tracks from his older albums and new releases, as he humbly mentioned that not everyone in the crowd knows him well, and he would like to show who 10cm really is through his songs. He cheekily added that his style is to pair an emotional song with an upbeat one so the concert constantly feels like a rollercoaster of emotions.

There must have been some mystic charm this bespectacled man possesses, as he got fans singing and fan-chanting along to his acoustic songs such as ‘Hug Me (안아줘요)’ and ‘Sseudam Sseudam (쓰담쓰담)’. Before you know it, the crowd was dancing along and jumping to his hit song, ‘Americano’, and the singer himself joined in the groove with his slick waves.

The way he commands the crowd is definitely commendable, as one would not expect a whole lot of singing, dancing and fan-chanting at an indie singer’s concert. His performance leaves us with insights on why his fans are so in love with him, and why it leaves the crowd wanting more.

The night ended with his impromptu rendition of IU’s ‘Through The Night’, ‘Everything’ and the final song, ‘Nothing Without You’. While saying his goodbyes, he promised to return again soon with a new album –  A hopeful message to fans that they don’t have to wait for 10 years before seeing him again.

Catch up with 10cm on our Coverage Highlights on our Instagram

Check out his interview where he talks about his tattoos, music and more!

KAvenyou would like to extend our thanks to MODE Entertainment for the invitation.

Article by: Cass @ KAvenyou
Photography by: AlvieAlive for Mode Entertainment


For collaboration and advertising enquiries, do contact us at admin@kavenyou.com.

THE BOYZ Europe tour proves they’re a group to keep track of! 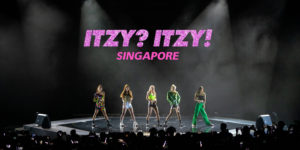 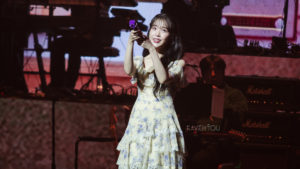